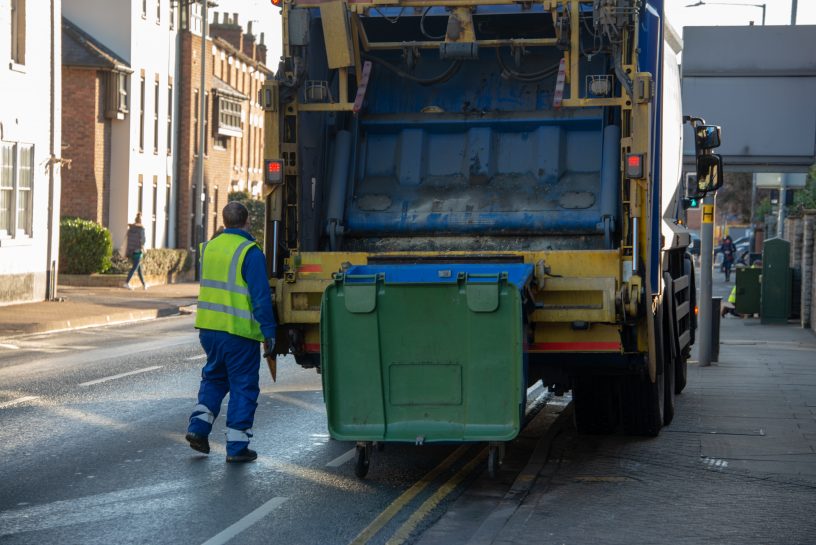 Incredible. This morning (about half an hour ago actually) I witnessed an Adur Council refuse collection vehicle being driven into my childrens’ school at we arrived. The driver was self-righteously waving away parents dropping their kids off at school as he drove the wrong way up a narrow road which everyone voluntarily treats as a one-way street, and tried to maneuvre the lorry into the narrow driveway. I stayed clear, allowing him to pass.

A few minutes later, I was parked and taking a phone call, my boys having left the car. I saw in the rear view mirror the same driver waving me out of the way as he maneuvred the vehicle out of the driveway. I moved the car but received more waving. The driver’s colleague came to the  car window and asked me to move, and I was about to say something about there being no parking restriction where I was, but decided against it, said “never mind”, and started the engine again to move away.

At this point, the driver Mr Wavy Man decided to fatly waddle over as well, and told me through my open window that he would take my registration number and call the Police to get them to move me.

He would take my registration number and call the Police.

I’m afraid I rather lost my temper at this point and yelled at Mr Rude Wavy Fascist Dictator Wannabe that I wasn’t parked illegally, and warned him not to threaten me. I also suggested that since he works for the council, he should get them to sort out parking restrictions and a formal one-way system for the road, and in the meantime to be more reasonable. I drove away with him insisting that he hadn’t threatened me but that he’d still take my registration number and report me.

So, my advice to Adur Council: implement disciplinary procedures, demotion and compulsory retraining on this individual, unless it really is official policy to call the Police in to move vehicles that are about to be voluntarily moved from being parked in unrestricted areas. Then sort out narrow streets and make them officially one-way with parking restrictions. But nothing will happen of course, which is exactly why this sort of thing persists.