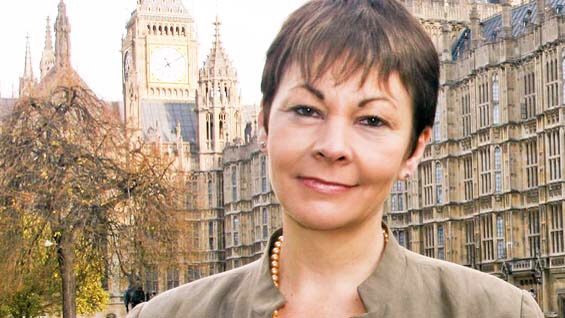 MPs in general are out of touch and tied up in tangles of protocol and parliamentary procedure; fortunately not all of them though.

On Radio 4’s Woman’s Hour this week, something brilliant happened. Being discussed was the proposal that mothers should be recorded on marriage certificates and registers, as well as fathers. The idea that marriage is just a business transaction conducted between two men is abhorrent to most people, as well as literally writing the mothers of bride and groom out of the history books. As an amateur genealogist, and indeed the son of my dear mum, I have to agree it’s idiocy.

Caroline Lucas, Green Party MP for Brighton Pavilion, has a history of getting involved in common-sense campaigns and efforts to put things right where they’ve veered too far from what’s sensible and moral… A couple of them have come from here! So Caroline grabbed hold of this mums on marriage registers campaign and ran with it in parliament. Then in a breakthrough moment, Prime Minister David Cameron said he’d start the ball rolling and check the viability of the changes required.

Since then the government machine has dragged its feet. This feasibility study has taken quite a while, despite it really only being a matter of changing some forms and allowing more room in new registers as they come into use. But then government feasibility studies always were used as a thinly-veiled cover for delaying tactics. Caroline Lucas knows this… She offered to go in and modify the forms for them, and put in place a plan to phase in the new registers. Go Caroline!

Ultimately though, the best bit came at the end. The presenter questioned why people shouldn’t just write in their mother’s name, perhaps writing smaller to fit it in, but quickly added that she couldn’t possibly advocate such an act of civil disobedience. Caroline Lucas had no such qualms, however, and was quick to advise everyone to do just that. Hooray!

You mum deserves at least a little immortality, even if it’s just in the statutory records of the country’s marriages. So… If you’re getting married any time soon, please take the advice of Caroline Lucas, join in with this mass wave of civil disobedience, and find a way to add the name of your mothers to your marriage records. And may Caroline Lucas MP long remain a wonderful thorn in the side of our government.