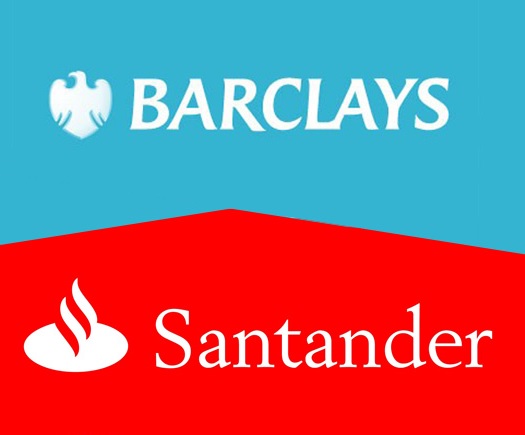 I recently decided to vote with not only my feet but those of my businesses too, and leave Barclays Bank plc forever. This was prompted by Barclays making numerous mistakes, causing us huge cost and inconvenience, failing to fix the problems they caused, their appalling customer service including a call centre where English is apparently not the first language of the majority of its workers, a belligerent attitude to customers and a long wait on the phone whenever I want to do anything. It had taken two years to get Barclays to accept our office address as the main business address. I tried for three years to get my co-director added onto the account as a signatory, and even once that had happened they never saw fit to issue him with a debit card. After twenty two years with Barclays, it was time to leave. It felt like I’d been in an abusive relationship.

So why didn’t I move earlier? It’s simple. The awful service from Barclays and the time I spent sorting out the mess was infinitely preferable to the percieved pain of switching banks. But when a Barclays “Local Business Manager” told me we’d have to fill in yet another form on top of all the other forms we’d previously filled in for the sole purpose of getting my co-director a debit card, I told her that if I had to fill in one more bank form then it may as well have another bank’s name at the top of it.

So off I went to Santander, and applied for our five bank accounts online. I had a query during this, so I tried calling Santander and got through to a polite and helpful native English speaker with no holding time. I got the account number for the first of my bank account applications – my personal current account & savings account – within a few days, along with a debit card and online banking credentials. The limited company accounts took a couple of days longer. My sole trader account was the slowest, taking around ten working days for everything to come through. A very helpful customer service person helped me with status updates whenever I needed them, and was always reassuringly quick to pick up the phone and reassuringly knowledgeable about everything.

One of the nightmares is of course the switching of direct debits & standing orders. Santander handled this very well too, with letters at every stage to let me know how the process was going. Only one company got grumbly about it, the appalling HFC Bank, who accused me of failing to pay my monthly amount and threatening credit rating damage and hellfire and damnation – before asking me to settle the missed payment over the phone. I always find being polite is a better strategy – HFC Bank please take note. Prats.

So… after a few weeks of winding down activity on the old Barclays accounts and getting the new accounts fully on stream, it was back to Barclays to start closing down the old accounts. The saver account I’d opened online was relatively painless, but even so involved a long (25 minute) wait listening to bad music whilst a customer service representative who couldn’t help me put me through to a barely-comprehensible customer service representative who apparently could.

As for closing the other accounts… well, like any abusive partner good old Barclays wants to make it as difficult as possible to leave. So I have to go into a branch with two forms of identification including photo ID, and all bank “stationery” which I think means cheque books and debit cards. Indeed that’s what it took.

Later, closing our business current account was as simple as sending card fragments, chequebook and so on to Barclays head office.

The conclusion? Well, having been with Santander for over a year now, it’s been good. They still make cockups and do annoying things occasionally. Generally they admit it & make amends. It’s not an abusive relationship. Our old flame, Barclays, continues to abuse our friends & customers. But we’re well out of it. We don’t get regularly beaten up any more. Mission accomplished.