Ignorance, Rank Stupidity and the Perpertuation of Myths 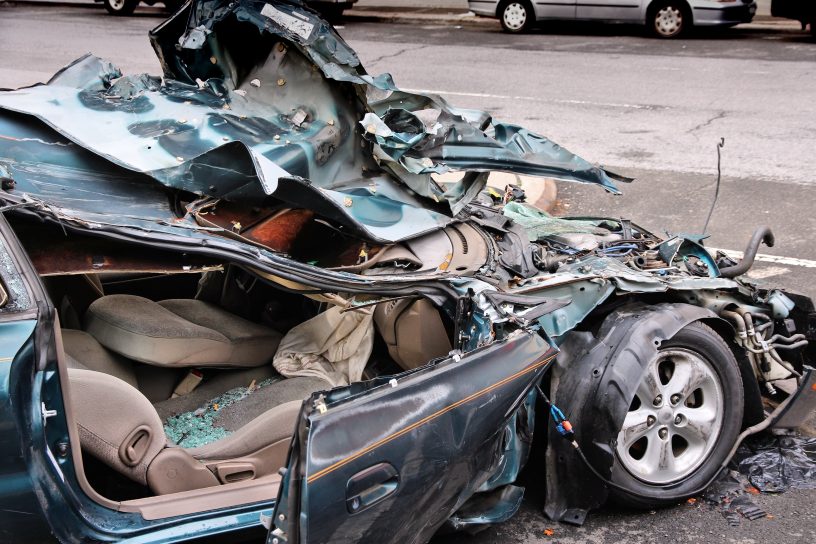 On Sunday 16th May 2004, a lovely sunny day, eight people tragically died in a horrific crash on the A23 north of Brighton, when a black BMW went out of control, flew through the crash barrier and over the central reservation, and ploughed into a Land Rover Freelander travelling the other way.

It took nearly a year for the inquest to take place. Of course the press had done its bit at the time of the accident, making huge capital of the entire incident as it unfolded, with full-colour shock-horror photographs from the scene of the accident, no doubt selling lots of extra copies in the process. Then the inevitable happened; unprepared to actually expend any mental effort to analyse the findings of the inquest, the good old gentlemen and ladies of the press decided to fall back on that most British of modern journalistic devices, the gross oversimplification. In this case it was, of course the general verdict of the press that “Speed Kills”.

Had they been talking about amphetamine sulphate, they may have been right, of course. Unfortunately they weren’t. No, these people were actually claiming that when human beings travel quickly from place to place, they have a tendency to die. Quite right. Just as in the USA, guns kill. That is, the mere presence of guns within society causes the lives of countless people every year to spontaneously end. It’s nothing to do with the people who wield the weapon, whether that weapon happens to be speed, a gun, or a hijacked aircraft. Oh dear me no. Can’t possibly allocate responsibility to individuals.

Blimey. Do the ordinary men and women in the street really believe any of that twaddle? Aren’t they intelligent enough to work out for themselves that there can’t possibly be answers that simple to any complex issue?

Basically this accident was caused by one young bloke with far too much testosterone and far too little driving skill. He managed to kill himself, his friends, and several members of another family. However just the other day my car touched the magical/horrific (depending on your point of view) 100mph and a red (naturally) Ferrari overtook a moment later doing at least 125mph; even so, I am apparently still very much alive, and I certainly didn’t see any assorted bits of red car and red gore on the motorway later in my journey.

Of course it’s not the press who started the speed myth, but they love to perpetuate it. Funny, because they can’t wait to shout down politicians, defame celebrities, uncover scandals and so on, all in the name of the common good – telling the truth to the nation. Not when it requires intellect, obviously.

The final insult was the “at last, some proof so we can settle this argument” attitude of the press. I think it’s tragic that so many died. Let’s not insult those who died by using their untimely demise as some sort of “told you so” moment.

Speed kills? I think not. But historically, ignorance has killed millions, and in the confident and capable hands of the delightful ladies and gents of the press, I daresay it will carry on doing just that, long after this speed-freak has passed away, peacefully, in his sleep.